Preventing Water Damage to your Walls After a Flood

This past spring we were called to a flooded townhouse in Boston. Upon arrival, we found an entire finished basement wet. Puritans Water Damage Supervisor checked the walls with a moisture detector and found them totally wet sixteen inches off the floor. My crew then started the water extraction process, after which they then set up drying equipment. Their goal was to try to dry the wet walls and carpeting.

The following day I met with the insurance adjuster and homeowner to explain to them what Puritan had done and how I expected the drying to go. After some discussion, the adjuster told the homeowner that the insurance company would cover the expense to replace the water-damaged carpeting we were trying to save.

Speaking with the homeowner later that day, he told me once he received the money from the insurance company, he wanted to totally renovate the basement living area. The advice I then gave him was to speak with the contractors installing the sheetrock and instruct them to “Leave the sheetrock one- quarter inch off the floor when they install it. The baseboard would cover the sheetrock gap, and if a flood were to ever happen again and the water’s not too deep, your walls won’t get wet”.

This past Sunday I again received a frantic phone call from that same homeowner in Boston, his basement had flooded again. Puritan Technicians were dispatched, they again extracted all of the water and set up air movers and a dehumidifier to begin the drying process.

There were two differences this time.

The walls were dry, how could that be?………… The homeowner did as I had suggested, and told the drywall contractors to leave that 1/4″ gap between the sheetrock and flooring. So with a little bit of planning during any construction project, you can minimize the problems which arise due to water damage. 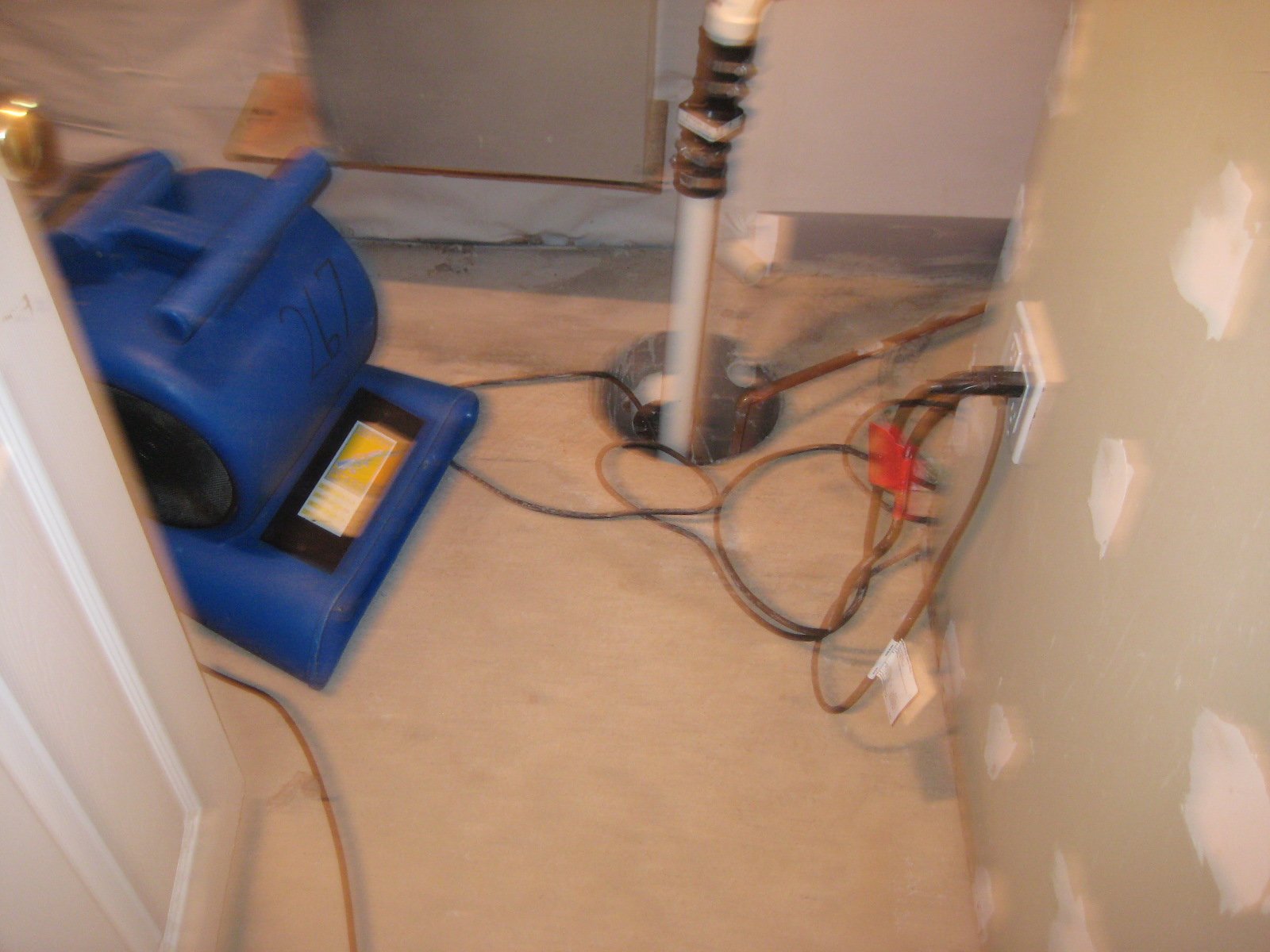