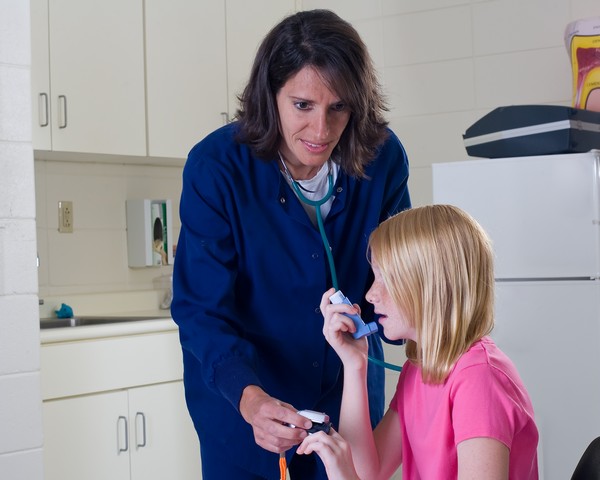 A considerable proportion of children worldwide are exposed to a moldy and damp indoor home environment and exposure to indoor moisture damage and visible mold has been found to be associated with asthma and respiratory symptoms in several studies. (Christina Tischer, PhD, of the Institute for Health Resort Medicine and Health Promotion)

One of the goals of Puritan Restoration is to educate residential and commercial customers in Norwood, Newton, Framingham, Cambridge, Needham, Brookline MA and surrounding areas about mold

We have posted several articles about mold on our blog. Earlier this week, an article was published about the impact of mold on asthma, particularly in children – Early moisture, mold exposure associated with lung function, asthma markers in children.

The purpose of this article is to explain why and how mold could be a possible cause of asthma.

Got Mold Concerns? Puritan Restoration specializes in mold removal. Our staff are highly educated and trained on all aspects of indoor air quality. We are experts at indoor air quality because your health and well being is our biggest concern. If you think you have mold, please give us a call, 617-527-2229 or send us an e-mail 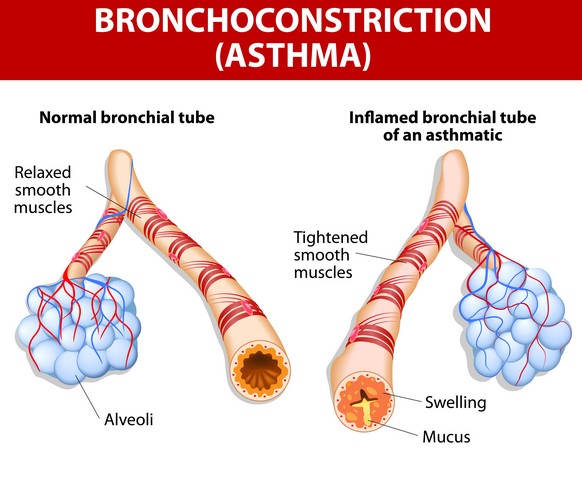 The following information was cited from Medical News Today, WebMD, and the CDC:

The Link Between Mold and Asthma! 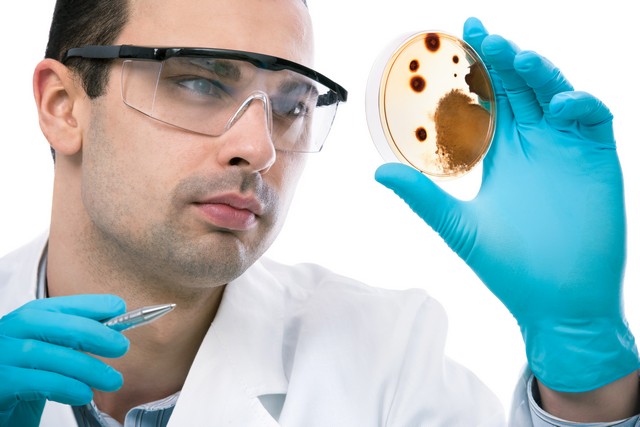 The Link Between Mold and Asthma!

Infants who are exposed to mold in their living environments have nearly a three times greater risk of becoming asthmatic than those who did not have extensive mold exposure in their first year of life. (Medical Evidence that Connects Mold Exposure to Illness Keeps Piling Up)

There have been four key studies that have researched the relationship between mold and asthma. The first study was conducted in Finland in 2001, followed by three other studies between 2012 and 2014 in the United States, Taiwan, and the United Kingdom.

In a 2001 study, Dr. Maritta Kilpelainen at the University of Turku in Finland found a link between mold and illness. Her study surveyed 10,000 students about the dampness of their homes and asked them to report back on colds and other respiratory ailments.

The study made the following conclusions:

The 2001 Finnish study was partly conclusive because the survey showed a link between damp homes and respiratory conditions, including asthma.

Since there was no clear definitive cause and and effect, mold minimizers cite the 2001 study as an anecdotal association, a theory. The theory was put to a test in 2012 by researchers in Cincinnati whose study was more qualitative. Their conclusion: there is a strong indication that mold exposure in infancy causes asthma.

This study was based upon research on approximately 300 children whose ages ranged from one to seven. The researchers found that there are three mold species harmful to children: Aspergillus ochraceus, Aspergillus unguis and Penicillium variabile. These molds, common to water-damaged homes, cause children to develop asthma.

While it is known that mold is a risk factor for asthma, this is the first study that quantitatively measured mold and after adjusting for commonly known risk factors, found an association with asthma. Previously, other studies had shown qualitative or anecdotal associations.

The key take away from this study is that expectant mothers and families with small children should not live in water damaged buildings.

The 2014 study out of Taiwan: Current asthma in schoolchildren is related to fungal spores in classrooms, adds further proof that mold does cause asthma.

Researchers studied children, ages 6 to 15, in 44 schools, and made the following conclusion:

Classroom Aspergillus/Penicillium and basidiospores are significantly associated with childhood asthma and asthma with symptoms reduced on holidays or weekends (ASROH). Government health policy should explore environmental interventions for the elimination of fungal spores in classrooms to reduce the prevalence of childhood asthma.

Another study in 2014 made similar conclusions about mold and asthma. Dr. Richard Sharpe of the University of Exeter Medical School found that high levels of the fungal species Penicillium, Aspergillus, and Cladosporium poses a significant health risk to people with asthma, worsening the symptoms in both children and adults.

Sharpe and his team reviewed 17 studies that were done in eight different countries and concluded:

Cladosporium, Alternaria, Aspergillus, and Penicillium species were found to be present in higher concentrations in homes of asthmatic participants. Exposure to Penicillium, Aspergillus, and Cladosporium species were found to be associated with increased risk of reporting asthma symptoms by a limited number of studies. The presence of Cladosporium, Alternaria, Aspergillus, and Penicillium species increased the exacerbation of current asthma symptoms by 36% to 48% compared with those exposed to lower concentrations of these fungi, as shown by using random-effect estimates. Studies were of medium quality and showed medium-high heterogeneity, but evidence concerning the specific role of fungal species was limited. (Indoor fungal diversity and asthma: A meta-analysis and systematic review of risk factors)

Other conclusions from this study, included the following: 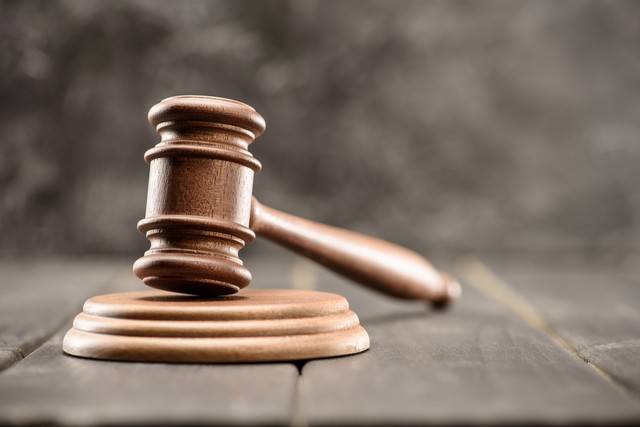 In 2013, the New York City Housing Authority (NYCHA) was sued by residents that accused the agency of violating the Americans With Disabilities Act by not properly addressing moisture problems that caused mold, exacerbating respiratory ailments of residents, particularly children.

A documentary produced by NBC Dateline, called Breathless, furthered the cause of the residents who argued that persistent moisture in their public housing was causing mold issues that led to asthma attacks in their children.

NYCHA settled out of court and agreed to the following:

This is a historic agreement because it recognizes the link between mold and asthma. 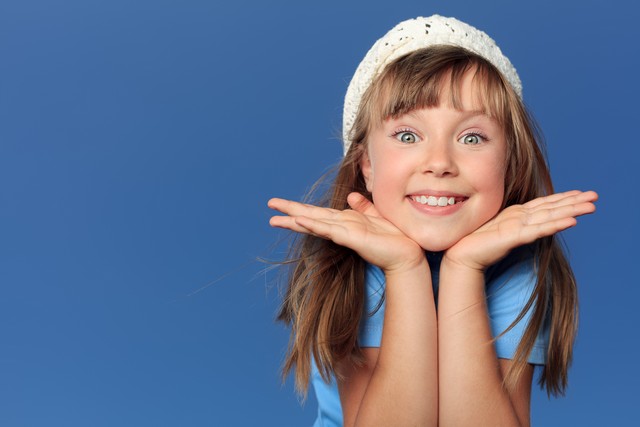 It’s proof of common sense that you want to take care of mold in the home. It’s just proving that if you don’t do that, your kids are more likely to develop asthma. (Gary Steven, an allergist at the Allergy, Asthma & Sinus Center in Milwaukee)

Over the past ten years we have talked to hundreds of home and business owners about health symptoms and indoor mold growth. Our experience parallels that of Dr. Selikoff’s with asbestos. We have been in contact with too many individuals that exhibit a cluster of similar symptoms, with the only consistent connecting factor being mold exposure to disregard this data. (Do People Really Get Sick From a Little Mold in Their House?)

A study published in the scientific journal Thorax concluded that mold remediation – the removal of visible mold – improved respiratory illnesses.

Asthma and rhinitis symptoms and the use of medications to treat them were reduced in patients who took part in a randomized controlled trial to see if removing visible household mold would relieve their symptoms.

The intervention group also reported about 24 percent net improvement in rhinitis and rhino conjunctivitis symptoms than the control group.

The intervention group also showed an improvement in wheezing that affected their activities like sleeping and speaking (31 percent vs. 7 percent improvement reported by the control group).

To Prevent Asthma, Determine If Mold Is The Cause!

Most traditional treatments of asthma focus on medications as opposed to the root cause!

There is both quantitative and qualitative evidence proving a link between mold and asthma.

Most asthma treatments use medications and inhalers. The problem is that none of the treatments actually address the root cause of asthma. Research and studies cited above and the NYCHA ruling demonstrate that mold contributes to asthma and could indeed be the cause.

If mold is the trigger, then obviously the cause should be addressed.

According to the stats cited earlier in this article, asthma costs the US about $3,300 per person each year in medical expenses. Considering that the cost of mold remediation averages $2,000 to $6,000, it makes long term economic sense to invest in mold remediation if you or someone in your family suffers from asthma.

Failure to address the cause not only negatively impacts the health of the sufferer, but has a significant economic cost from a health care standpoint and lost productivity.

If you or your children suffer from asthma, one of the most important steps that you can take to improving your condition is to determine if you have mold in your home.

Hopefully, the environmental causes of asthma may one day be addressed by health insurance providers that see the benefits of mold removal as an asthma preventative measure.

Got Mold or Asthma Questions?

Puritan Restoration are mold removal and prevention experts. If you think you have mold and are concerned that it is impacting your health, please call us, 617-527-2229, or send us an e-mail. We look forward to serving you! 🙂